So I was digging in my cupboard today and I realised, much to my horror, that I was hoarding entirely too many things. I had an entire cupboard full of Happy Meal toys, Star Wars and LOTR memorabilia, movie posters and postcards, miscellaneous stuff that I kept coz I wanted anything that had the Star Wars logo on it. It took me the better half of 2 hours just to get things sorted out and I ended up with a whole pile of movie posters/postcards I didn’t want. So I decided to give them away~for free. =D 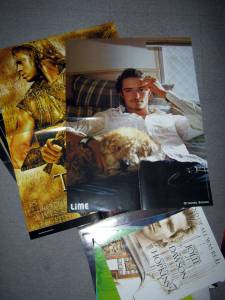 If you want them, kindly refer to the link up there. =D

And now to sort of show off what I had been collecting back when I was a rabid Star Wars/LOTR fan. Hehehe.

got this from Golden Village Cinema...newly placed into card protectors =D

got these when I completed one of those sticker collection books for Star Wars...but they look they're flaking though. =x

Yes yes...I collected EVEN bottle labels. I was THAT obsessed. =x 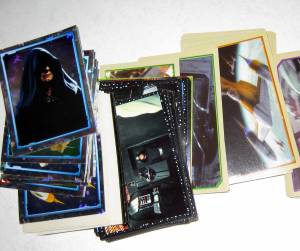 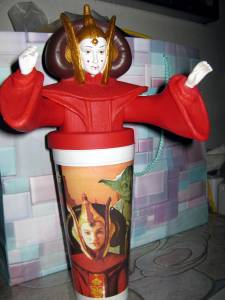 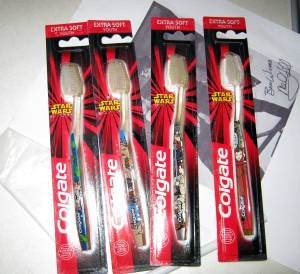 No...I don't intend to use them any time soon~got them from NTUC hehehehe

Now I know why my cupboard was so packed...so many things! >.<

the aforementioned sticker books where I had to complete each book and send in an application form to see if I'm lucky enough to win something. I won some Star Wars toys the first time but unfortunately...I opened the box so it's worthless now. =x

There are more stuff but my camera ran out of batt at the last minute. Heh…but after cleaning out my cupboard, I now have more space!

And look just what I found~! A black Spidey who looks like he’s shooting his web from *ahem* you know where. LOL!

Can you see exactly where Spidey is shooting his web from? =x 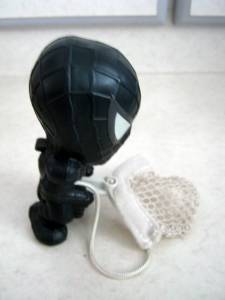 a side view to make things clearer... =D