To date, I have two self-published novels under my name (although it’s strictly not my birth name but I like it nonetheless). 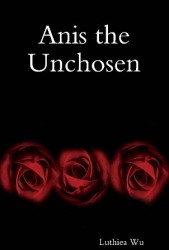 All Anis Ng ever wanted was to get home on a dark rainy night. She was late and she was so going to be grounded for the rest of her life. But without any warning, the fiery-haired man appeared out of nowhere before Anis and pressed the fan into her hands.

Who was he and why did he want her to leave the area so urgently?

Preview or buy my book at Lulu. 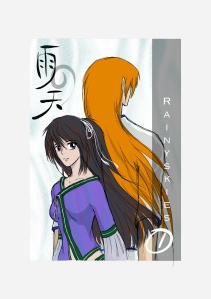 Rain Eveil hates demons to the core, for it was they who burnt her childhood village to the ground, killing all who lived there. But when a beautiful but mysteriously familiar demon invades her dreams, Rain begins to question her sanity. Is there more to her dreams than she realises?

This is the first part to the Rainy Skies world. I’m currently working on the second and hopefully last part to the series. The illustration to this novel is done by szelin, an outstanding artist of my acquaintance. It also has a fanpage at Facebook where I upload weekly chapters of the second part to come.

Read my book at Smashwords.

A 5* Review by Tan Su Yin on Smashwords:

Rainy skies is a fun read. It comes across like reading manga, quite minimalistic in words but more than making up for it with fast action, stylishly punchy dialogue and interesting characters, each with their own abilities. Rain is the female lead with magical powers and a ton of emotional baggage to sort out. Her two sidekicks, Thiea and Yvi, are exact opposites, one almost masculine in her fighting prowess and the other a sultry man-eater. The trio are bounty-hunters running away from the Law. Think Legolas of Lord of the Rings for the males, Asian versions of Charlies’ Angels for the sleek, kickbutt females, and Crouching Tiger Hidden Dragon type of backdrop and you are ready for Rainy Skies. I can’t wait for its sequel.